As an accomplished Actor, Model, Entrepreneur, and Philanthropist, Thai Edwards is definitely a man of many hats. When Thai enters a room his commanding presence is immediately felt. Combined with charisma, charm and a serious work ethic rivaled by few, Thai Edwards is destined to be, Hollywood’s next leading man.

Being from the south side of Chicago, Thai Edwards comes from very humble beginnings, which only brings out the very best in him both professionally and personally. Now as a California resident, Thai has allowed the journey life has taken him on to help build him into the focused and career-driven entertainer and businessman that he has become.

Given his extensive resume and multiple talents, many doors have opened for him during his career as a result and he is destined to become a household name. However, it’s Thai’s strong work ethic, his love for his craft, and his commitment to pursuing excellence that sets him in a class all by himself. Not to mention him being a man of great character also.

As a firm believer in the outcome of hard work determination, he has managed to maintain great consistency and success in an industry where only the strong survive and is showing no signs of slowing down.

In the Fall of 2017, he starred in his feature film Anabolic Life, which premiered to rave reviews, calling his performance “Stellar” and his performance immediately created buzz that he was very much a natural born “standout” star. The film also gained him new fans/supporters around the country with many leaving the theaters wanting to know more about him after seeing his groundbreaking performance in the film. The movie also won an award at the Orlando Film Festival 2017 for “Best Ensemble Cast” and went on to be released nationwide.

In December of 2017, Thai was named one of IMDB’s “Top 5 Upcoming Actors in 2018”. And rightfully so. While 2017 presented him with some great opportunities, 2018 is expected to be an amazing year for Thai with multiple projects that are currently in the works.

Outside of his career as an actor/entertainer, he also owns the award-winning Body Couture Personal Fitness training studio, which is a performance training studio in Los Angeles, CA. The company is dedicated to helping people in the community reach their personal fitness goals.

Thai is also extremely aware and passionate about any and every opportunity that he has to give back to the community. Whether it’s speaking at events of his  own interests or offering encouragement and volunteering his time to various charity events, he’s always looking for ways to bless others who may be in need. Thai is currently in the planning stages of launching his very first non-profit organization he plans on using his platform and accomplishments to help others find their value and to see the success within themselves. 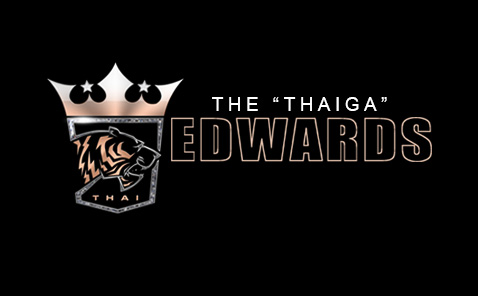